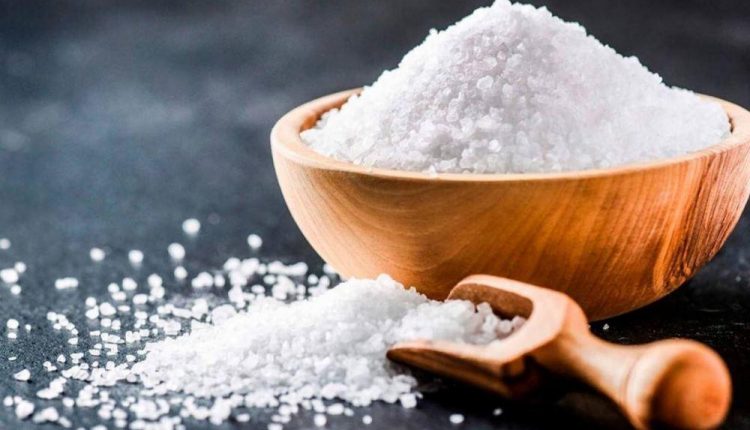 How much salt is deadly

Salt is a hidden killer with terrifying consequences – but what are those consequences and how much salt is deadly?

Excessive salt consumption is not only bad for your health but also for your wallet if you buy packaged foods or eat out frequently in restaurants. The average person consumes around 10 grams of salt per day, almost double what we should be consuming (5g per day). However, some people consume much more than that…

How much salt is deadly?

However, salt is an important source of sodium and should never be completely eliminated from your diet. Everything you need to know about salt as part of your basic supply can be found here.

Why is too much salt bad for you?

High blood pressure is the main cause of heart attacks and strokes. High salt consumption has also been linked to dilated veins, which can cause heart attacks.

Stroke is the third leading cause of death and disability in the western world. A high-salt diet doubles the risk of stroke.

Liver damage is a complication of high blood pressure.

What are the immediate dangers of too much salt?

So salt does come with some risks, so you should definitely reconsider your salt intake and adjust it if necessary. How much salt kills ultimately depends on many external factors, but the subject should not be taken lightly. Some of the immediate dangers of excessive salt consumption are as follows:

Salt has a negative effect on bones, causes osteoporosis and increases the risk of fractures. Osteoarthritis is caused by the breakdown of cartilage and degeneration of the joints. Salt speeds up this process.

Which foods are dangerous?

Salt is commonly used as a flavour enhancer, and many foods contain large amounts of it. High-salt foods include:

Cheese is a healthy food, but smoked cheese and processed cheese contain large amounts of salt.

Sausage products are very salty and should be consumed in moderation.

Final words: How to stay safe and healthy

Reducing the amount of salt you eat can have amazing effects on your health. Here are some tips to stay safe and healthy:

Read the nutritional information on the food packaging and avoid foods high in sodium or salt. Eating out is mostly associated with high-sodium foods. Therefore, you should prepare your own meals at home. This allows you to control the amount of salt used in cooking. Also, avoid too many condiments and processed foods. Eating these foods increases your salt intake.

Drink a lot of water. This will help flush out excess sodium and exercise regularly. Exercise helps lower blood pressure by improving blood flow to organs.

These small lifestyle changes will make a big difference to your health and well-being. Now it’s time to break the salt habit!

Attention: The next crisis is already imminent. You urgently need to prepare now.

Building a Cabin in the Woods – Everything you need to know

Camper expansion: From van to camper