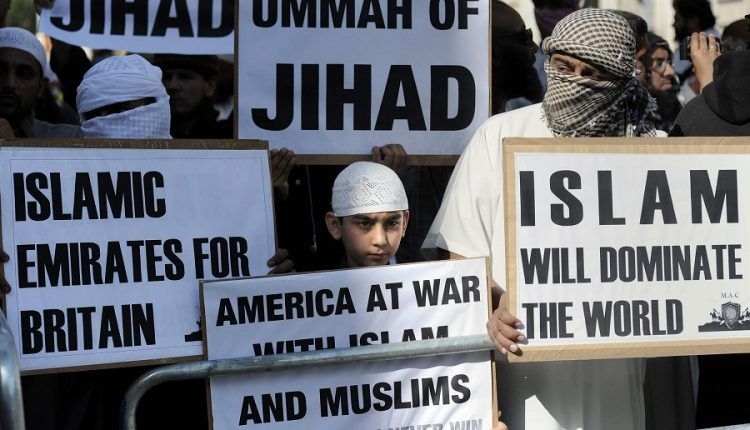 Ethnic statistics having been banned in France by the traitors who organized population replacement, we still have to look abroad to simply do what rots prevent us from doing here.

So, here is an incredible page on the mind-blowing level of the Muslim invasion:

France is the main destination for Algerians, Moroccans and Tunisians leaving their country of origin.

In all, 2,780,000 North African migrants settled in France between 1990 and 2013, i.e. 37% of immigrants living in this country, forming the largest North African community abroad…

2, 780 MILLION Muslim invaders over 23 years, that’s MORE than 3 MILLION new Muslims in our country, not in their countries, in 25 years. It’s like prices that end at .99 so you don’t see the real value.

So, since the veiled fatwas are far too fertile laying hens, that explains why in the metro we hardly meet white people anymore, but only Arab or African scum smoking drugs with their feet on our seats.

It’s not an impression.

Because of politicians, of the right, of the left, of the freemasons, of the “judges” unpunished (temporarily) too often accomplices of the criminals, of the “anti-racist” associations which harass to silence the victims…

There would not have been so much crime, deaths, robberies, destruction, riots, burnt cars, and jihadists if traitors had not opened the borders, imposed foreign preference, compulsory submission, etc…

You see that now even a tax centre has just burned down. So, we will soon come to what happens everywhere in civil wars, the definitive elimination of the culprits.
For example, in Ukraine, a genocide is taking place. Political adversaries are executed by the dozens by crowds who laugh while slitting the throats of the wounded.
It’s like that in all wars.

No need to even threaten or organize anything. Just wait.
It’s one of the inevitable things, like heat in the summer, dying plants in the fall, and ice in the winter.

Wait a little longer, noting down the names, addresses, facts…
Effectively punishing the culprits and only the culprits is what will avoid enormous blind destruction.

Look at Kosovo, absolutely everything was destroyed by a very massive Muslim invasion. Nothing is left. Ten people work on 4000, Allah Ackbar!

You don’t want that with us.

We are not a people of stupid scum who have an educational level of elementary school kids, who break all the bus shelters, throw their garbage cans out their windows and piss in the stairwells of the places where they live, or go derailing trains to pick the pockets of dying passengers…

Note, film, photograph, and broadcast on the internet and social networks.
No need to do illegal things.

When it’s the season, well-planted seeds give the expected fruits.

Why am I writing about France?

Because the fact is, that very soon, these issues will face the USA in a much bigger way than you could possibly imagine. Immigrants cross the borders every second of every hour, of every day, without control. Yes, some get detained on TV, but the fact is that Europe is getting harder and harder on Muslims, and America is not. You really do not need to be a genius to see what will happen next.

Communication strategy in an emergency with the mobile phone

Gray Man Theory: Practical Tips for “Fitting In” When SHTF