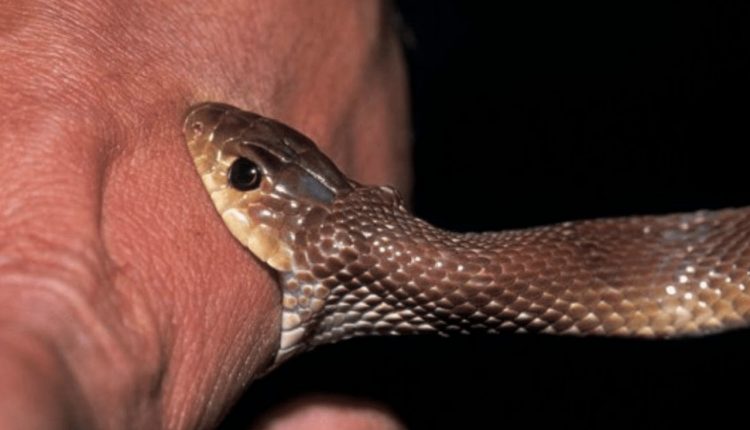 Snakebite: what to do

There are about 7000-8000 snakebites from venomous snakes in North America each year. Thanks to treatment and awareness of what to do, there are very few deaths as a result of snakebites.

However, in a survival situation, and especially when you do not have easy access to medical assistance, it is vital that you learn how to prevent a snakebite and what to do if you are bitten. After all the preparation and learning how to deal with human conflict, there is no need for snakebites to end it all.

First of all, you should try to prevent a snake bite and not take chances. Especially when you are abroad, you should be particularly careful. Therefore, we have some tips for you to prevent snake bites.

First, you should know your location. Find out which snakes could be there and, above all, where exactly. For example, they like to hide in long grass, under tree trunks and under stones. Look up from time to time. Snakes often hang from branches.

Wear proper clothing when in a risky area. Gaiters can greatly reduce the impact of a snake bite.

Be sure to stay on your path and don’t just walk through fields. Snakes often roam on secluded paths to avoid humans and have peace.

If you encounter a dead snake, be careful anyway. They have a natural reflex to bite and emit venom even when dead. It’s best to stay away from snakes. Whether they are dead or alive. So you are already on the right track.

In this article, I’ll try to separate fact from fiction and recommend solid, tried-and-tested snakebite first aid. The vast majority of venomous snake bites are from members of the Crotalinae subfamily: rattlesnakes, cottonmouths, and copperheads.

These are the pit vipers, so named because a distinctive, temperature-sensitive pit can be seen between each eye and nostril that helps in locating prey. These snakes have two movable, interchangeable, hollow fangs in the front upper jaw that inject the venom from glands behind each eye.

Ironically, the evolutionary purpose of this venom is to secure food, not defend against attack. This explains why about 25 to 35 percent of bites in humans are “dry,” with little or no envenomation and little or no physical effects on the victim.

Broadly speaking, there are two types of snake venom:

Although pit viper venom is generally classified as haemotoxic, it often also exhibits potent neurotoxic effects, so this distinction is not concrete.

Although these symptoms sound eerily beautiful, the fact is that the mortality rate from snake bites in the United States is extremely low, ranging from 1 to 3 percent in Arizona, for example. While amputation of the bitten limb is more common, it is just as often necessitated by improper first aid measures as by the snakebite itself!

If you are bitten by a rattlesnake, sit still and do absolutely nothing, and chances are you will survive. In fact, keeping still and still is probably the only generally accepted practice among medical professionals in this field.

What not to do 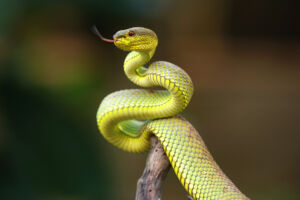 Every outdoor enthusiast in snakebite areas remembers these snakebite kits with the little rubber suction cups and the little scalpel and tourniquet inside – pretty much standard equipment in the pickup truck’s glove box.

You should tie the tourniquet around the leg or arm over the bite, cut open the puncture wounds with the knife, and suck out the venom with the rubber suction cups. Unfortunately, this procedure involves a number of questionable and even dangerous practices.

First, experience has shown that the old “shoelace” tourniquet does more harm than good. Even when properly loosened every few minutes, the tourniquet dangerously slows blood flow to the bite site and, by reducing venom spread, can greatly increase local tissue damage.

Tourniquets tied around the finger allowed for such massive tissue destruction in this small area that finger amputation was necessary – a procedure that is rarely needed today. Had the poison had a chance to spread through the hand and arm, the finger might have been saved.

A constricting bandage, e.g. For example, an ace bandage wrapped tightly a few inches over the bite site to control the spread of venom through the lymphatic system without impeding blood flow.

A constricting band should also be loosened at regular intervals and moved before the swelling progresses. Although incision and suction are still widely advocated as an effective procedure, to be of value they must be performed correctly and in a timely manner.

The suction that takes 20 to 30 minutes is pointless, and small rubber suction cups can only be marginally effective in ensuring adequate suction.

The cut should only be considered if the snake bite is not in the vicinity of a large artery or vein. Large cuts cause the loss of more blood than poison; a sterile lancet should be used to create a narrow and fairly deep puncture over each bite site.

A very promising tool for suctioning the wound is now on the market. It’s called the Venom Extractor, and it’s a piston-activated tool equipped with different tips to cover bite wounds in different areas and allow powerful suction.

The extractor comes in a yellow box with extra tips, a razor for shaving the area around the snake bite, and a very thin tourniquet that should be discarded. A large number of kits that can help you survive a snake bite have different types of extractors.

In case you don’t have the right tool for the job, you can suck out the venom with your mouth like in the movies. The poison is harmless in the digestive system, but this method is not recommended. If you have open sores in your mouth, the poison will also enter your bloodstream.

When a snake bites, the venom often remains isolated in a small blister in the flesh for several minutes. A phenomenon is known as encapsulation. If an incision and suction are performed promptly, a significant amount of venom can be removed.

A few years ago, the treatment for a snake bite was cryotherapy. Applying ice packs to the bitten limb is said to reduce swelling and slow circulation of the venom. For a time, cryotherapy was even touted by many experts as a panacea for snakebites. Unfortunately, cryotherapy proved to be a disaster, at least in untrained hands. It often does far more damage than the snake bite itself.

Frostbite, tissue destruction, and gangrene led to many unnecessary amputations, often of entire limbs. This quickly caused the process to fall out of favour in the professional world. Unfortunately, this treatment is still recommended in more than a few ill-informed works on the subject.

As I was completing this article, I became aware of the latest fad: electroshock! Apparently, a South American doctor has reported that applying a voltage from a car battery near the snake bite “neutralizes” the venom and the victim are back on their feet within hours.

I dutifully contacted a couple of professionals, both of whom rolled their eyes and said, “Well, anything is possible.” While I’m sure this claim will be thoroughly investigated by our medical community, at this time I cannot recommend replacing jumper cables with an extractor and an ace bandage.

The best use for a car in such a situation is to take the victim to a hospital!

Treatment at the doctor

Once the victim has reached medical facilities, the snake bite is likely treated with antivenin (often incorrectly, albeit logically, referred to as antivenom), most likely the manufactured Crotalid polyvalent serum.

However, severe systemic reactions to the serum are often more life-threatening than the snakebite itself. Therefore, a sensitivity test is performed first. In cases of severe poisoning, up to 15 to 20 vials of antivenin may be required.

Due to the risk of a toxic reaction, a large amount of serum needed for efficacy, and the fragility of the serum, antivenin kits are rarely practical for on-site use.

I realize that the procedures recommended in this article may seem conservative. As previously mentioned, it’s always tempting to embark on new and impressive-sounding techniques that promise easy and painless healing.

A doctor in my area was once asked to present his views on first aid treatment for rattlesnake bites at a symposium of toxicologists.

His first words to a somewhat pained audience were, “If you don’t do anything, you haven’t done anything wrong.” The techniques suggested in this article are those that have been shown to save lives and can be performed by any intelligent layperson.

When you’re in snake country, watch where you put your hands and feet (and butt). If you see a venomous snake, stay away and consider yourself lucky for the experience.

Remember that all snakes are useful predators. Unless the snake poses an immediate threat to a residential area, there is no reason to kill it.

As in many other wilderness situations, the best tool is the right attitude.

In summary, this is what you should do:

Attention: The next crisis is already imminent. You urgently need to prepare now.

Crank radio: how to prepare for a crisis

7 ways to protect yourself from viruses