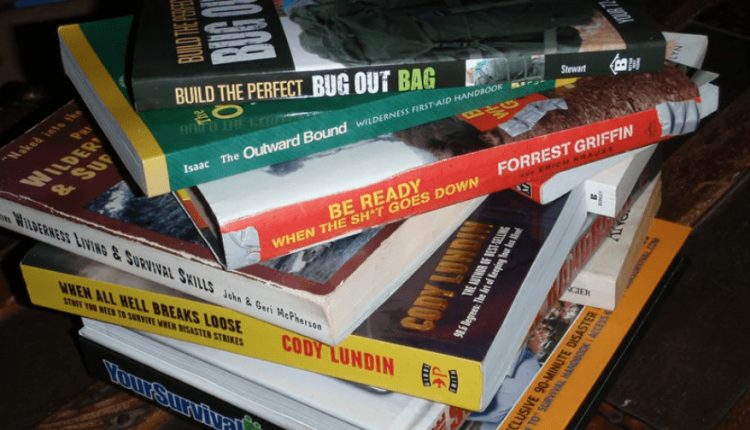 Survival books: The 3 best ones!

Incidents that occur on a simple walk in the woods close to home are more common than we think. This can happen due to several factors, including lack of information and preparation. Therefore, acquiring knowledge through books on survival can get us out of risky situations.

It is a mistake to believe that the case reports of survivors in the jungles or in icy mountains have nothing in common with our life in urban centres. However, an accident on the road, or heading to the beach, can put you in stressful situations similar to these cases.

With that in mind, we prepared this article with three books on survival with real cases to inspire you on a daily basis. Follow up!

Author Chris Ryan is the protagonist of this adventure that puts his own life at risk. Military of the British Special Forces (SAS), in this work he tells how he managed to survive in a situation where several members of his team couldn’t have the same luck as him – although survival is not about luck, but about physical preparation, and knowledge of the appropriate equipment for each situation.

In addition, Chris teaches hunting techniques, how to build traps, first aid, how to start a fire with just a bow and a drill, and how to get water out of plants and vines.

This, without a doubt, is one of the survival books that lovers of real adventures should not miss. This time, the protagonist is Beck Weathers, an amateur climber.

He recounts a tragedy that happened on May 10, 1996, on Mount Everest, located on the Nepal-Tibet border. At 8,848 meters high, Everest is the highest mountain in the world.

It all happened after a storm that caused a blizzard that blinded everyone in the group of climbers. As Beck appeared to be very weak, he was left on the mound by the rescue team, who decided to pay more attention to those with the most survival conditions.

But Weathers managed to survive in an incredible and unexpected way, much to the surprise of everyone who had already given him up for dead. The tragedy was considered the deadliest since man had made the first expedition to Everest.

Once again, the icy mountains are the scene of a new tragedy. This time it was K2, located on the border between China and Pakistan, with an altitude of 8,614 meters high – the second highest mountain in the world. Graham Bowley develops the narrative through interviews with surviving climbers and porters, as well as accounts of the families of the dead.

The tragedy happened in 2008. A group of experienced climbers had already reached the summit and there they were celebrating the conquest, when a block of ice came off under them, causing them to descend the mountain blindly and without ropes.

The accounts of survival books may seem like simple adventure stories, but humans evolved through experiences. From this, tools, equipment and survival techniques were developed that are later used in everyday life, without even being aware that they emerged that way.

How to make camouflage paint in the wild